I spent ALL DAY creating demo +Docker containers to share with the Docker community at $WORK, and elsewhere. I’m trying to drum up support for Docker as a technology in general, and I think the best way is to give folks some really easy images that they can just clone from the repo and build. (You can check out what I have so far here: https://github.com/DockerDemos)

In order to build the widest possible user base, I need a pretty large variety of images for folks to play with. I’m working on converting very $WORK-specific images I have been testing into more generic and out-of-the-box images for the public. That should take care of the web-y folks, since that’s what I do. I also created a container with a demo of my Pyku app, just for fun, and FullScreenMario , because it’s cool. 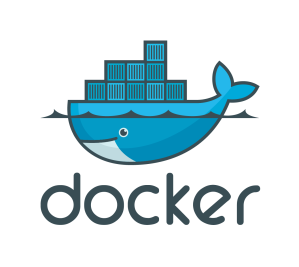 One of the more challenging areas at the moment, and one that Mark DeLong has been really interested in, is using Docker for Research Computing. (Update:  Mark has sponsored two “Duke Docker Days” since I wrote this article, with great success.) To that end, I’ve started to create an image for the Berkeley Open Infrastructure for Network Computing ( BOINC ) client software. That’s slower going because there are some small bugs in the latest branch of their software. I also looked at FoldingAtHome as a possible Docker container app. That would be more of a proof of concept because it wants to do more GPU computing. Not that you CAN’T with Docker – I just don’t know how yet.

I’m looking for other examples of self-contained apps that could be Docker-ized. WordPress will be a no-brainer (and will join the Drupal one I have in progress at the moment). What about a Dogecoin mining app? That’s probably lumped in there with [email protected] because of the GPU dependencies. On the “Just for Fun/Get Attention” front, I think a Minecraft server is on the horizon.

I’ve also got this hair-brained (hare-brained?) idea about getting some auto-updating containers that will checkout the latest stable branch of some pre-compiled code or website on a scheduled basis, making them completely locked down, scalable nodes that just run forever or until they’re no longer needed.

On more of Mark’s end of things, I’ve been thinking a lot of single-use disposable Linux servers for use in teaching beginners the basics of Linux. You’ll recall (or you won’t, but trust me, it happened) that I and a few other folks (Drew Stinnett, Jimmy Dorff) taught an Intro to Unix class a few weeks ago. We were, for lack of a better word, ABSOLUTELY PLAGUED with little bugs or inconsistencies between the lab computers we were trying to use and the course book. It reminded me of when I was a sysadmin-wannabe and a previous boss let me take a course offered online by Illinois University in Linux System Administration. They were no doubt using little Linux servers installed on blades somewhere, but it allowed me to log in with some predetermined credentials and work along with the book. I think we could improve on that concept with Docker.

I’d almost forgotten about that when Danny Williford contacted me and asked about more Into to Unix courses. Danny works with teens, trying to get them involved in computing. He made a comment that resonated with me about how, for some students, learning that they can control every aspect of their computing experience [if they use Linux] really excites them into delving deeper into the technology. Now, of course, I’m completely obsessed with trying to come up with the best possible way of making an Intro to Linux class available, free and openly, to anyone, and using Docker containers to do so. The beauty here is that we could host containers for people to use that will just kill themselves and re-spawn on log out – or offer these Docker images for them to use locally on their own!

(Edit: Since I wrote this article, we did something similar and setup a more formal Intro To Linux course, using on-demand created VMs for students to practice with.)

I’m a HUGE proponent of Open Source learning, and I think technology is going to both inform the way it works (taking it’s cues from the Open Source world) and provide the platform for this new type of learning. Just finding more ways to bring these two worlds together is both challenging and exciting. In my opinion, there should be more full time positions at both institutions of learning and technology companies dedicated to this cause. Schools and Universities because, despite the ever-present lack of funds, their primary function is to teach the world. Technology companies because the investment in education will pay dividends for them when these students complete their schooling and get jobs, or adult employees take advantage of free learning to improve themselves and their skills and knowledge.

These aren’t even long-term investments, if you think about it. Adult employees are learning on the job; the education pays back immediately. Let’s take a look at the longest case: a high school freshman starts to learn computer science from some Open Source learning platform. In just eight years, that student is in the workforce using their skills. Most companies commit to their marketing campaign for longer than that.

Kudos to Red Hat (with whom we met recently on these very topics) for recognizing this and getting involved. I look forward to this taking off around the world.

I’m beginning to copy over my technology-related posts from Google+ to this blog, mostly so I have an easy-to-read record of them. This one was originally published on 08 May 2014: Ramble on Docker and Open Source Learning